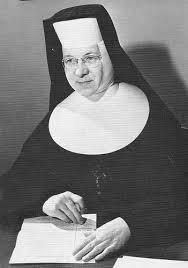 Benjamin's House Emergency Shelter is named after Mother Mary Benjamin, the Mother Superior of the Sisters of St. Joseph of the Third Order of St. Francis. Long ago she generously welcomed to their convent another order of Sisters who were poor, homeless, and faced with disbanding.

Over the years the convent has been used for many purposes: a women's shelter, a halfway house, the County Resource Center, and an alternative school. Since 2011, it has been used as an emergency shelter. Clients are assisted in resolving their homeless situations. Benjamin's House represents a place of hope and new beginnings.

In January 2009, a group of interested individuals from twenty Barron County public and private organizations began meeting monthly to address the issue of rural homelessness and its negative impact on the health and well-being of people without shelter.  They welcomed this opportunity to work together to create a comprehensive service delivery system to provide for basic needs and to address the issues resulting in homelessness.

The idea to develop an emergency shelter was born.

A Board of Directors was formed, and that group of dedicated volunteers worked tirelessly in 2009 to form an organizational structure to carry out its mission:   ﻿Working together with others to provide shelter, food, support services and an avenue to self sufficiency for the homeless and people in need.﻿